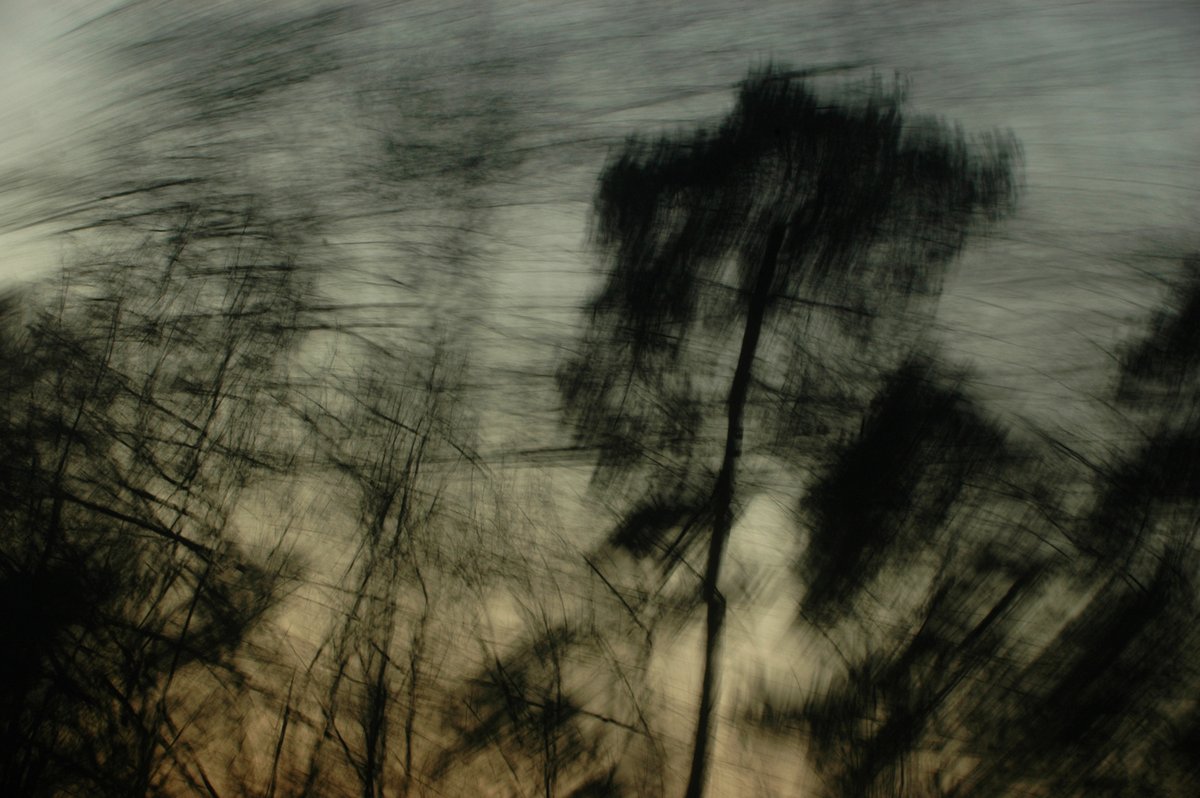 photo taken trough a car window on the motorway

In contrast to most of my work, the pictures of the series “Tanzende Bäume” (dancing trees) were not taken from the train, but show the view from the motorway. Although the trees only appear as silhouettes against the evening sky, I recognise them as the exotic pine trees (no guarantee for biological details) that I already admired out of the car window as a child on the way to my grandparents’ house, and which simply don’t grow here in Bavaria.