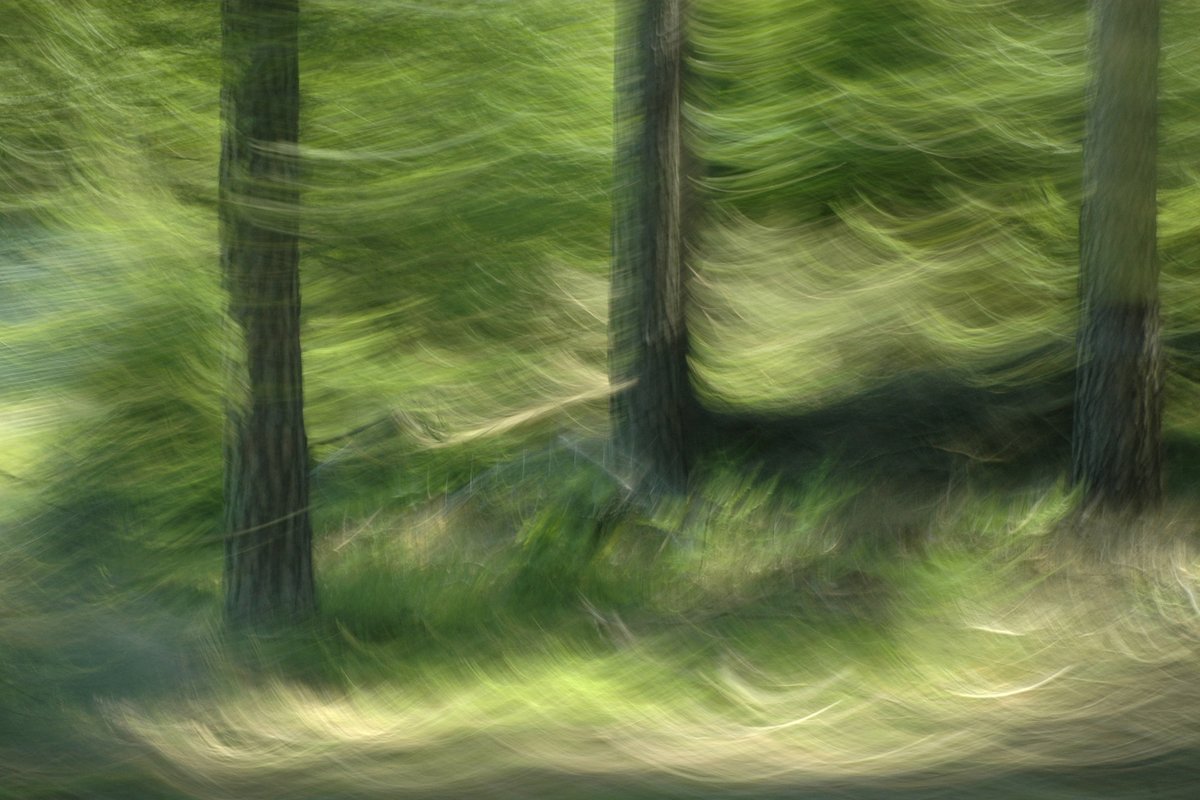 photo taken from a train

Hardly any other means of transport lets you get as close to the forest as the train. And even though I think my camera movement played the major role in creating these waves, I still always imagine the gentle rattling on the rails.