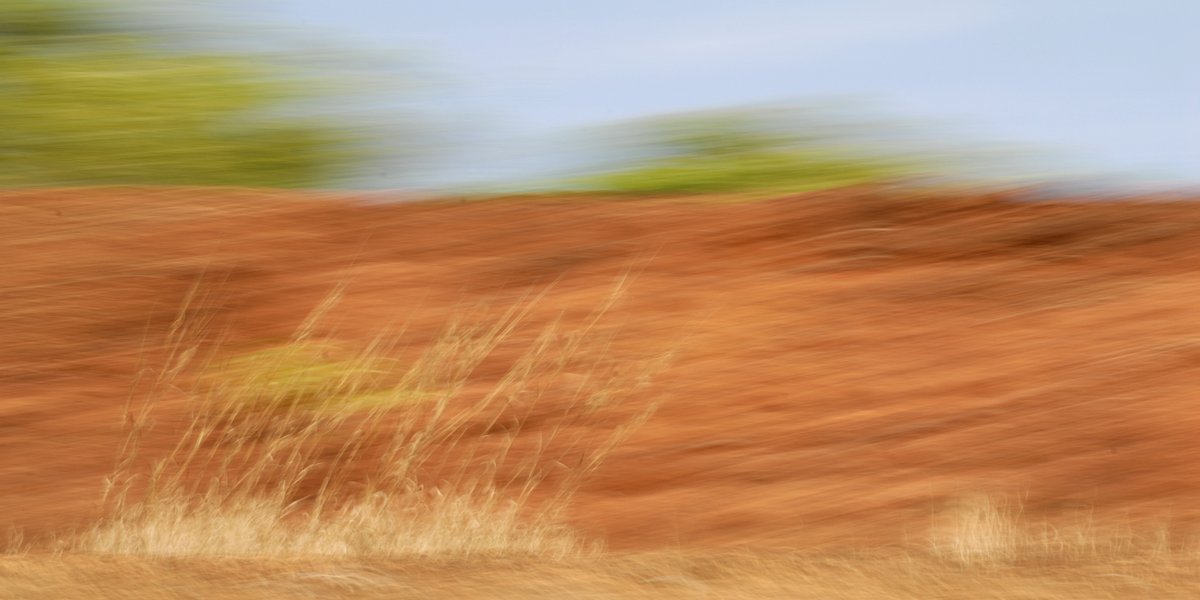 photo taken from a train between Goa and Karnataka (India)

I have long since got used to the fact that train windows are dirty most of the time. The fine layer of dust, the edges of dried raindrops, the fine scratches and streaks… all this does not show up directly in my pictures because I move the camera. But the amount of background noise is nevertheless increased, and when selecting the image, I have to recognise the true landscape in a low-contrast, grey image, which I then bring out in the digital darkroom.

It was a real a joy to take oictures from an Indian train for a change, because there the train doors stay open due to the heat. It was a fantastic experience to have nothing but wind between me and my subject. And just as everything in India seems more colourful than in Europe, so did the raw data of my photographs.